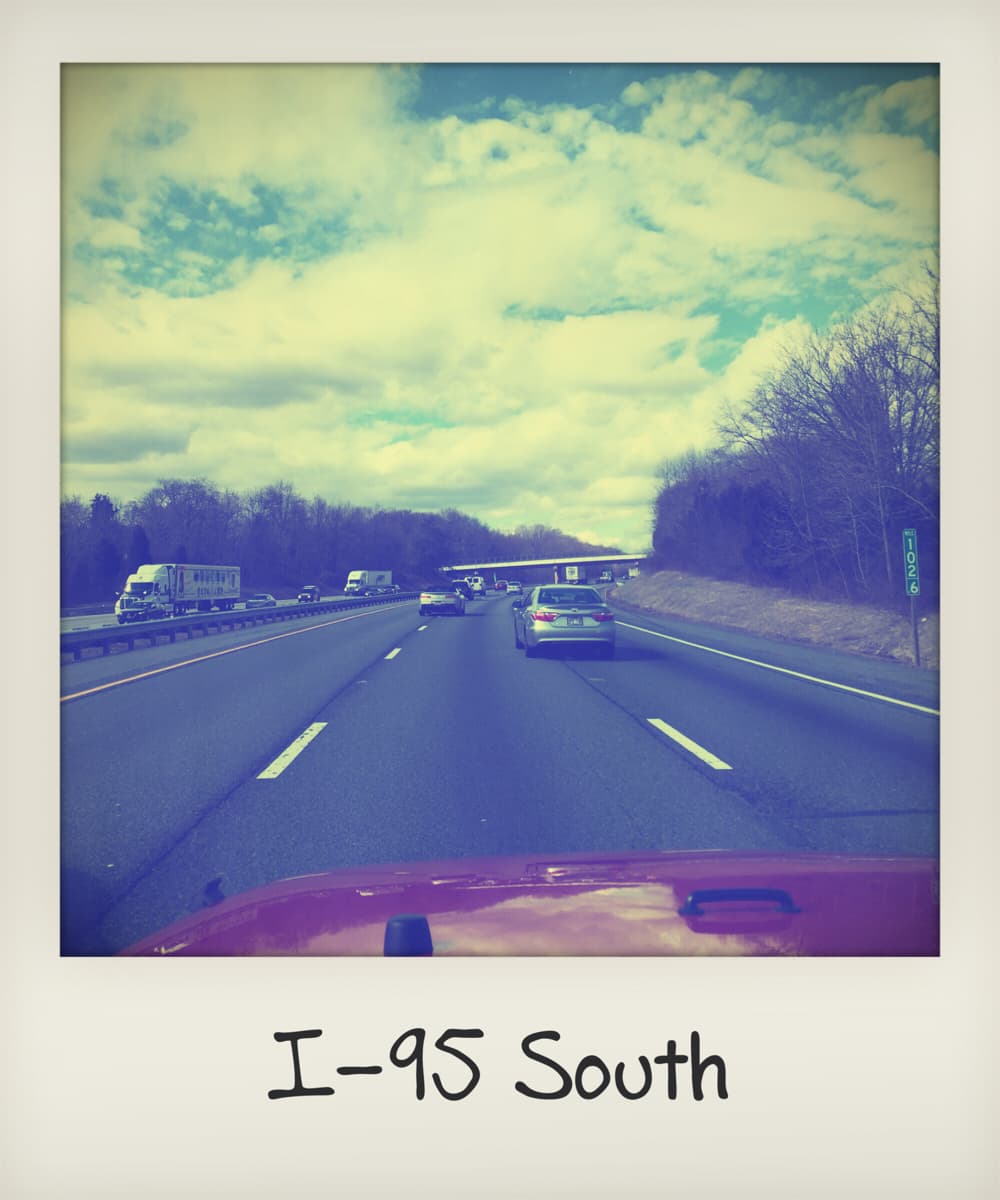 Simone de Beauvoir, Jack Kerouac and John Steinbeck's French poodle, Charley, all took the quintessential road trip to discover America. Their discoveries revealed as much about their fetishes and ideals as it did about America in their day. I vaguely remember a TV show from the early sixties, Route 66, that showcased its generation's McDreamy and McSteamy as they followed route 66 looking for the perfect place to settle. Maybe I don't remember the TV show at all, memory is an illusive and deceptive human faculty, my true recollection of the TV show is the music, a Nelson Riddle composed number that is brought to life by Ray Sherman on the piano.

As I shift into gear I begin the self-talk necessary to unlearn years of training by a father with a heavy foot and a race care driver's mentality. I repeat over and over again that it is about the journey and not about the destination. In our family we took personal pride in setting a stopwatch at the beginning of a trip and then discarding all reason as we attempted to break our previous time record. Bathroom breaks were tied to the needs of the car, if the car could travel six hours on a tank of gas, our bladder was expect to do the same. We zoomed passed famous landmarks and dramatic landscapes at speeds that made everything a blur. Ours was a single focus, to shave off ninety seconds from our previous time.

Long distance car travel is different today than it was when I was a child. State roads littered with Stuckey's and pastel pink motels have given way to the modern Interstate Highway System. President Dwight D. Eisenhower signed the Federal-Aid Highway Act of 1956 putting into place the Greatest Public Works Project in History. I've always admired Eisenhower because as a child I thought he built the Interstate System for me so I could quickly make the trip from Florida to North Carolina to visit my grandmother. As an adult I learned that General Eisenhower, after fighting a ground war in Europe, felt our road system would be inadequate if we were ever forced to move troops and supplies around the country. As I drove south on I-95 I couldn't imagine seeing large contingents of troops, tanks and Humvees in motion in the left lane heading to fight a ground war in the United States. Admittedly I did not imagine the potential for 9/11 or the Boston Marathon bombing either. Eisenhower also warned of the military-industrial complex and the Holocaust Deniers. I believe experience bestowed him with insights to human nature that have benefited our country.

I reached Columbia, Maryland, the childhood home of author Michael Chabon,  in a rational time stopping at reasonable intervals. Up North Mom and Pop restaurants and two pump Texaco stations have given way to service plazas. These brightly lit oasis house Starbucks, McDonalds, Cinnabon, gas and clean restrooms. With just a bit of embarrassment I confess that I like the new service plaza in Delaware and stop each time I am on that part of I-95 for a bio break and gas. If you have friended my Instagram, you will see the photo of the hot pink, I love Pope Frances tee shirt. I have promised to discuss America's authors and the places that helped shaped them but sometimes today my thoughts were more about the journey instead of the destination.