Foodie Friday: Cooking For One 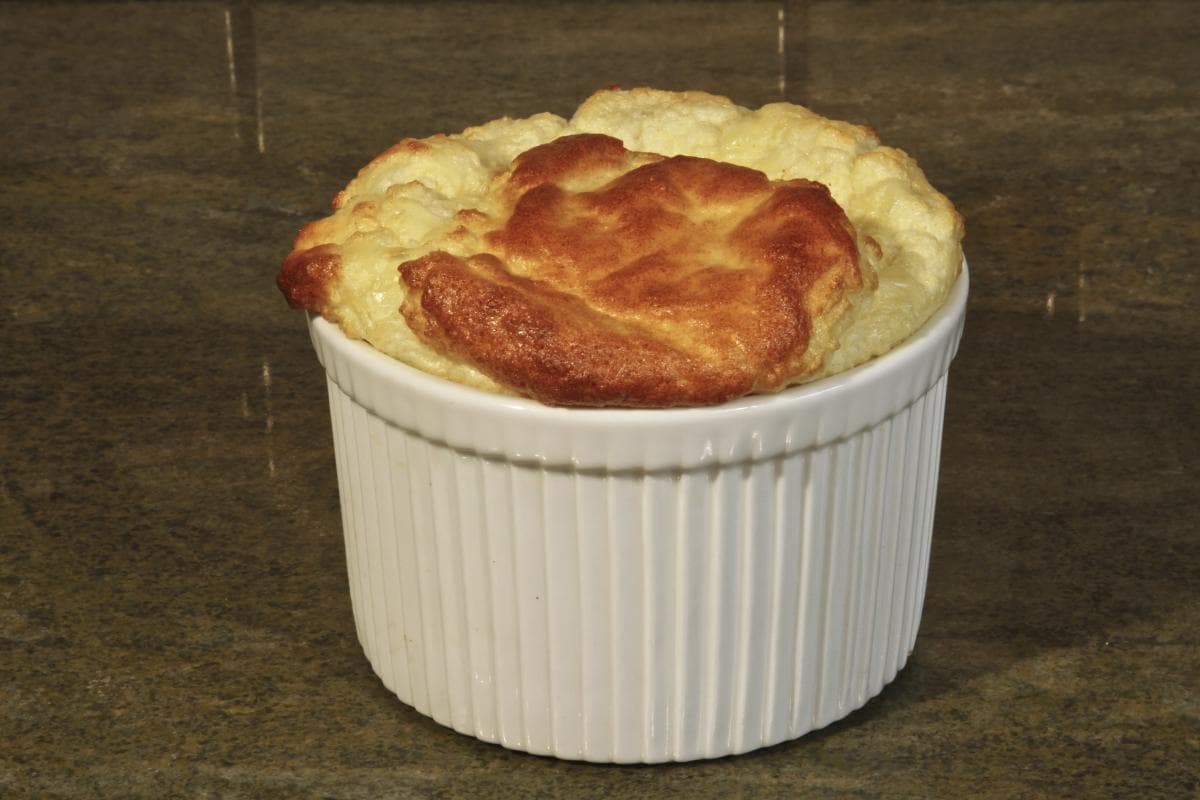 {Cheese Soufflé For One}

My mother was a great cook in "her day" but after my father died she lost interest in cooking and started substituting snacks for "real" food. I understand the impulse to just grab a pint of Ben and Jerry's ice cream and call it an evening but I also know that nutrition becomes even more important as we age and Cherry Garcia is not a nutritionally balanced meal. Running the human body on caffeine and processed foods can take a toll on anyone at any time in life but as we age it becomes critically important to maintain a balanced diet.

Meals have traditionally been communal affairs when families and friends gather to share food and time together. The big pay off for cooking a meal is having everyone gather together to enjoy it. Unfortunately there is no such payoff when living alone so cooking for one becomes difficult. Couple that with a decreased sense of taste and snacking on treats becomes the easy default. Judith Jones is a passionate foodie who wrote about The Pleasures of Cooking for One. The cheese soufflé I prepared for this post is one of her recipes. It was tasty and easy. Her book encourages you to think of cooking as a creative outlet with the added benefit of a good meal.

If you have a mother or father who lives alone this book would be a good addition to their cookbook library. If you are cooking for your aging parent by stocking up on multiple meals, this cookbook also has some ideas on how to keep leftovers from becoming boring. But as I was writing about cooking for one, I did think about how important it is to build families and communities so that we don't have to eat alone daily as we age. But that discussion is for another post.

Cheese Soufflé For One

Preheat the oven to 425 degrees with a rack set in the center of the over.

1. Brush the inside of a 4-by-2 3/4-inch round baking dish with 1/2 teaspoon of butter.
2. Coat bottom and sides with Parmesan cheese and set aside.
3. Melt remaining 2 teaspoons of better in a small saucepan over a low heat.
4. Add milk and whisk vigorously to combine.
5. Return to low heat and cook, stirring constantly until thickened.
6. Season with salt and paprika.
7. Remove from heat and whisk in egg yolk.
8. Place egg whites in a medium bowl and whisk until they form soft peaks.***
9. Add a dollop of egg whites to saucepan along with half of the cheese; stir to combine.
10. Fold in Remaining egg whites and cheese.
11. Pour into prepare baking dish.
12 Transfer baking dish to oven and reduce oven temperature to 375 degrees.
13. Bake until top is lightly browned and soufflé has risen, about 18 minutes.
14. Serve immediately

*I don't keep unsalted butter in the house so I just use the salted butter. I don't add the additional salt called for in the recipe.
** I used Jarisberg cheese and it worked well.
***I followed the recipe exactly, which meant using a hand whisk. I felt like I was at the gym working on my upper body strength. I believe you could use a mixer if you were so inclined.