In Defense Of Mayor Michael Bloomberg… 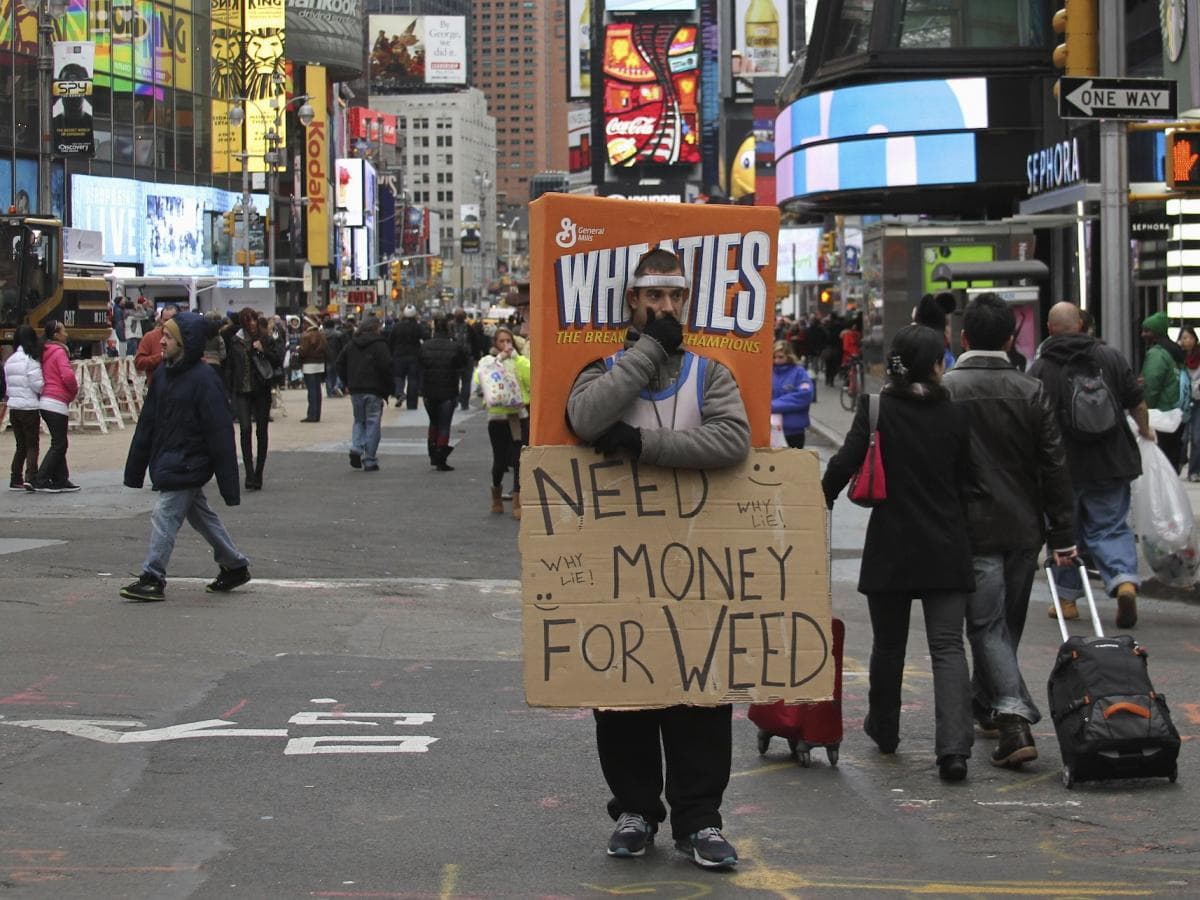 {Wheaties and Weed: Maybe this guy could use some nutrition tips!}

Michael Bloomberg is the mayor of New York City and I like him. I am here to explain why you should like him too.  That’s not to say that he needs me to defend him because he has done quite nicely without me covering for him during his 71 years on this planet. He is a billionaire who made his money selling “high quality financial” information. Capitalism and technology are his friends and he sings their praises regularly while they continue to increase his wealth.

Once Bloomberg was able to cover his mortgage, he decided to go into politics. As many community-minded people do, he decided to run for mayor of his adopted city. His adopted city just happens to be New York City. According to Wikipedia, New York is the 16th largest economy in the world so governing NYC requires someone with multiple talents. Esquire says, “He’s liberal. He’s conservative.  He’s Idealistic. He’s pragmatic.” There’s more but you get the gist of their headline.

I say he is a businessman who has a 30,000-foot view of governing and most people don’t understand it.  Those who are confused by him point to the fact he started out as a Democrat, moved to the Republican party and then chucked both parties and became an Independent.  Like any real businessperson will tell you, politics is frustrating and at times a big time waster.  (For example, the government shut down fall of 2013.) Bloomberg just cut the whole thing loose.

Of course when you have 31 billion dollars in your checking account and can fund your own political campaign for any office in our fair land, who needs the headache of the small, petty stuff generated by the Democratic and Republican parties. But for most people party affiliation is a one-word signal for political philosophies. The Republican party declares they are all about small government, a strong military and conservative values while the Democrats get tagged with the antithesis of those beliefs.  Bloomberg just couldn’t be bothered with these inaccurate labels.

So now he is Mayor of New York City and he has a vision for the City.  Drawing upon his talents as a businessman he went to work. I am here to tell you, New York City is one of the best-run cities in the country. When Bloomberg leaves office January 1, 2014, the incoming mayor will inherit a balanced budget and a very livable city. But Bloomberg is a businessman who envisions a future where cost could overrun the City. So he started to tackle the root causes of increasing cost to the City of New York. And that dear reader brings us to the heart of the matter…soda.

Yes, when Mayor Bloomberg went after the 64-ounce sodas here in NYC, I thought, “Being a bit paternalistic don’t you think Mike?” I was still a little uncomfortable at his overturning term limits and going for a third term and now, he was getting in everyone’s face about sodas.  Just who does he think he is? Our Dad?

But I am a businessperson too and my company struggles under the weight of two line items on the P&L. Accounting and Health Insurance. I will save you my personal rant but if I am worried about health insurance cost in my small company, can you imagine Bloomberg’s nightmares?  And with the rate of type 2 diabetes and circulator system disease on the rise in this country, how in the world will business and government contain costs? So Bloomberg not only put in bike lanes, and updated parks and walkways, he took on the soda industry. He wants people to live a healthier life, not because he particularly cares about you but he knows what bad health can do to the bottom line in NYC. He believed cutting out sodas was the first step to containing healthcare cost for the City of New York.

What has the wealthy learned about money that the middle-class and the poor in this country don’t know? Money doesn’t mean happiness or the answer to your pie-in-the-sky dreams. It doesn’t even mean you are talented, smart or cool. Money means choice. And the more money you make the more choices you have. With enough money you can pay your mortgage or rent payment, pay your electric bill and eat, without enough money you have to choose, which one or ones do you think are most important and can fund?

Mayor Bloomberg wants NYC to have enough money to fund all its choices. To Mike cutting out the sodas was an easy thing to do to avoid high medical costs that somebody is going to have to pay for someday. As does happen in this country, this became some kind of First or Fourth Amendment right…. Congress shall pass no laws to limit the amount of soda that may be purchased by pre-diabetic 10-year olds.  And to avoid any confusion on your part, I think as pragmatic as Mayor Bloomberg was trying to be, his efforts were futile. I would not have encouraged him to go down this path. The soda industry has already developed a machine that will dispense unlimited amounts of soda to the consumer at the touch of a button. All you have to do is buy a cup and keep coming back for refills.

So when you see Bloomberg on TV or see his name in People Magazine, don’t say, “Oh, that’s Mike Bloomberg the Don Quixote of the 64-ounce soda.” It will serve you better to remember that he is a wealthy man who rides the subway, walks to the office and doesn’t spend his money on diabetes test strips.  I like Mike. Not because he is rich or we are both business people. I like him because he is trying to get to the root cause of the problems in our country and do something about them. We need to be doing the same.