Can You Handle One More Comment About Miley Cyrus? 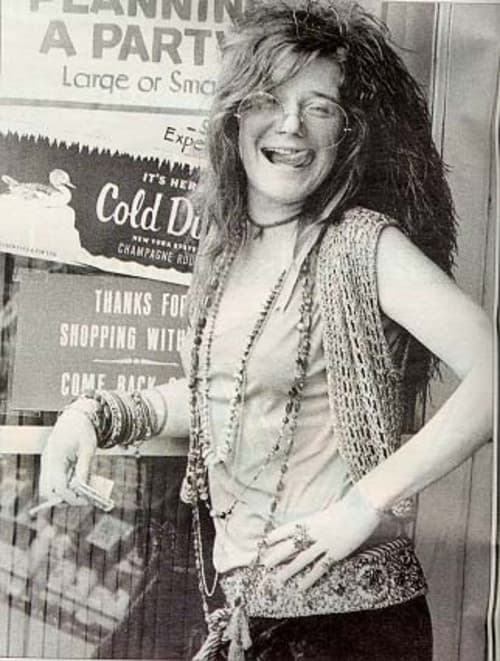 In May before I graduated from high school, Janis Joplin played the Armory in Jacksonville where I lived. While I was a music major, a singer and beginning to explore the world of hardcore rock n’ roll, I was not a totally cool hippie chick. That honor went to my best friend at the time. She was smart, read the New Yorker and stayed up late at night to watch The Dick Cavett Show. Conne knew what was cool and she knew we needed to go see Janis Joplin.

I remember nothing of the logistic of going to the show but I clearly remember Janis and her performance. She burst onto the stage holding a fifth of Southern Comfort and laughing. Janis was ready to party and I was completely mesmerized. Her voice was strong, raspy and demanding. The music she made commanded your attention and touched your soul. She sang of adult pain and desire, sometimes seriously and sometimes whimsically. (Oh, Lord won’t you buy me a Mercedes Benz, my friends all drive Porches, I must make amends… was definitely the precursor to the 1980’s bumper sticker, HE WHO DIES WITH THE MOST TOYS WINS. It would take another 15 years before the Boomers figured out that consumerism was not a fulfilling religion.)

Janis sang her heart out all the while drinking Southern Comfort straight from the bottle and laughing with the crowd and her band. Janis was having a fantastic time and she was kind enough to let us in on the fun. These days you would say I had a girl crush on her but that would be an understatement. Janis was my idol, she was my guru, she was showing me the wider world and I felt we were kindred spirits. I was dumbfounded that a woman was traveling alone with HER band. She was a working musician and all I could think was "how did she get her parent to let her do this”.  I told you before that I was a “bless her heart” girl. You know the type, sheltered and naive, a dangerous combination.

After the show, as the crowd filed out, Janis lingered on stage talking with her band and the road crew. I desperately wanted to speak to her but was too shy. I left singing Summertime and wishing my naturally straight hair was curly so I could wear feathers like Janis. Five months later, Janis' body was found at the Landmark Hotel in Hollywood, California. She had died from a heroin overdose.

At 27 Janis Joplin was dead. This was less than a month after Jimi Hendrix, a talented rock/blues guitarist, died of a drug overdose in London. I know this maybe difficult to understand now but there was a romanticism surrounding the death of these two musician...it came from the live hard and die young school of thought. At 18, we couldn't imagine that Janis or Jimi might have been musical powerhouses in their 40's, 50's and beyond. Theirs was a stellar explosion that briefly outshone every lesser musician before fading from view. Yes, romanticism is still at play here. 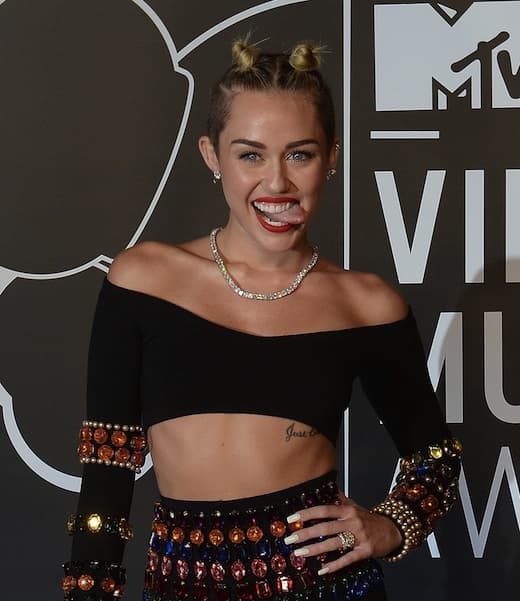 Now this brings me to the one more comment about Miley Cyrus. The other day several of my friends and I were commenting on the Miley Cyrus drama. Actually we were sharing our disdain for everything surrounding her performance with Alan Thicke on MTV's VMAs when a friend spoke up and said, "We sound just like our parents did about our music". Boy did I get mildly annoyed because I am a cool grandmother and I like all kinds of new music but that comment did make me stop and think.

So let me clarify, I am not complaining about Miley Cyrus' music even though I am more of a Nora Jones, Adele and Lumineers kind of fan. My concern is for Miley Cyrus and a society that sits by and watches as a performer implodes. Miley has a serious problem and no amount of double talk will convince me otherwise. Miley is using drugs and she is acting out in public. This is a young woman in trouble.

The difficult part is that we feel like we know Miley and her family. Yes, we all remember Billy Ray singing Achy Breaky Heart and we watched Miley grow-up on Hannah Montana but folks we don't KNOW these people. This is their family drama and sadly, we can't do anything about it. Of course we could all gather around the TV set and do as Mary Martin asked all the children watching the live version of Peter Pan..."if you believe, where ever you are, clap your hands. Clap, clap, don't let Tink die". Bringing Tinkerbell back to life made me feel powerful as a child but today I understand more.

Where Miley's actions touch our lives is through our families and communities. Being continually bombarded with images of young girls and young women wearing suggestive clothing in public while participating in questionable activities could and at times does result in individuals in our society being exposed to images that they don't want to see or don't really understand. I am a big believer in the concept of "age appropriate" and at this time Miley Cyrus' "act" is only appropriate for those over 21.

This means that I don't want my grandchildren watching Hannah Montana because I don't want to explain her transition to stripper poll dancer. Children or young people don't understand that certain behavior is not just uncool or bad art but a cry for help. I don't want to see her on every magazine cover at the grocery store check out line because it makes me sad and reminds me I am powerless to help her.  Miley may grow out of this and one day her tell-all book will hit the bookstores, telling us how she narrowly avoided death. But today I don't want to watch her because I have seen this before and it turned out badly. What do you think? What Rock n' Roll legend touched your life? Do you think constantly seeing negative or degrading images of young women lessens their impact?