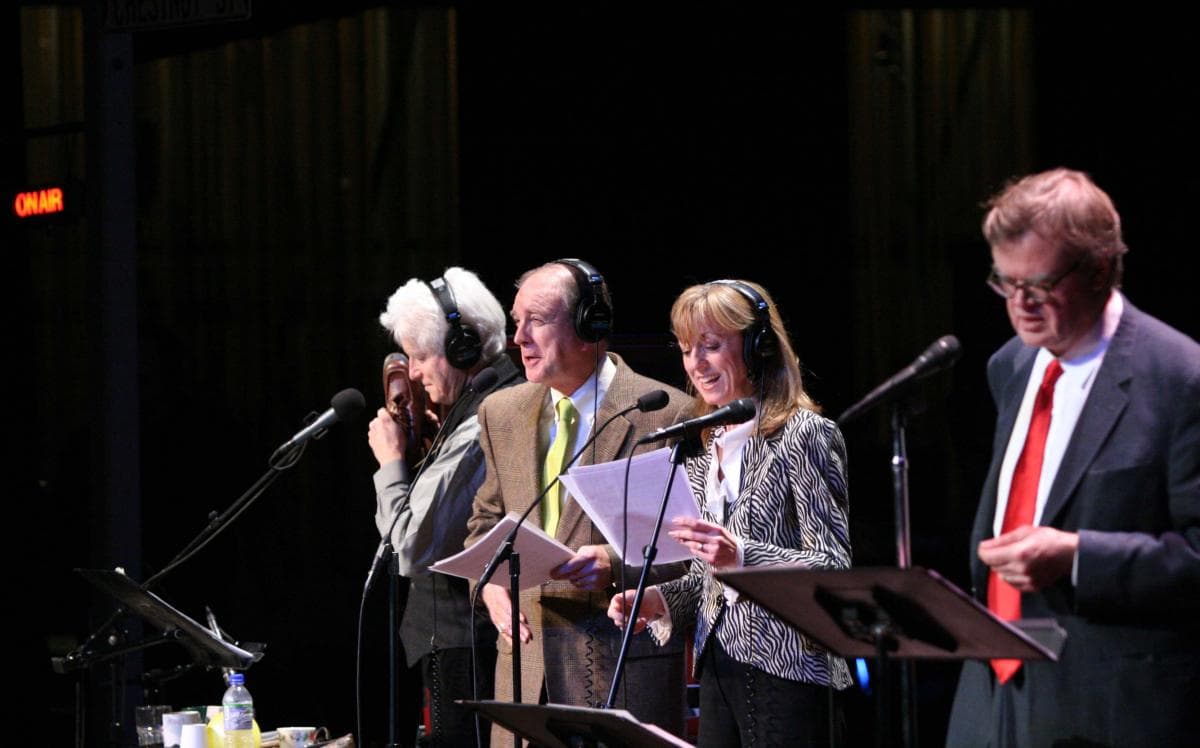 As I was leaving the theatre Friday night, an attractive woman behind me began an effusive apology. She said over and over again, “I am so, so sorry.” In an uncharacteristic move, I turned away from her without blurting out the traditional, “that’s okay”. I was not being rude, honestly, I was just confused as to why she was apologizing and needed time to think through my response.

This morning I am still in need of clarification as to why she apologized. If I could speak to her today, this is what I would ask.

Did you apologize because your child kicked the back of my seat for an hour and 15 minutes of a 2 hour performance and the only time you required him to stop was when I or one of the other audience members on either side of me turned to look at him.

Or because you clearly brought your child to an event that was not age appropriate for him and expected him to sit quietly for 2 hours during a show that held no interest for him.

Or because your husband and you interrupted Renée Fleming’s prayerful musical performance as you threatened your child with never being taken any place on the planet again as he giggled maniacally and twisted in his seat doubling the force with, which he kicked the back of my seat. (On a side note:  he would be fine with never going any place again in the future.)

Or were you apologizing because you failed to remove your child from the theatre as a show of respect to the performers or other audience members because a) you paid good money for these tickets and weren’t going to miss the show or b) your child has to learn how to behave and a live broadcast event was just the place to start.

Least you think I am not sympatric to parents trying to raise healthy, happy individuals, who are a positive addition to society, let me share this with you. On Friday, Marty and I were in Home Depot purchasing one more string of holiday lights when a young boy about 4 darted between us in his excitement to get to the next isle. I laughed as his mortified mother apologized as she chased after him. I said, “that’s okay” as I stated I have 7 grandchildren. That was all that needed to be said between a mother and a grandmother.

But here is the difference for those who think I am being too subtle. We were in a well-lit Home Depot, in the Christmas department with sparkly things displayed all around while cheesy holiday music played in the background. This place is designed for kids to giggle, twist and jump up and down. The Town Hall in New York City is not.

New York City theatre is abundant in its entertainment choices of age appropriate shows for children where children can learn to behave in a theatre and enjoy a show.  I took my granddaughters to see Cinderella and my #1 granddaughter could hardly contain herself during the show. Of course every other 5 year-old girl could hardly sit still with singing and dancing princesses, fairy godmothers and pumpkins that became chariots on stage.  Seat kicking, talking and giggling was expected and dealt with in a good-natured manner.

So parents in the future when you make the decision to blurt out an impromptu apology, I encourage you to be specific. In my case dear one, I didn't know if you were apologizing because your child behaved badly or because you behaved badly?