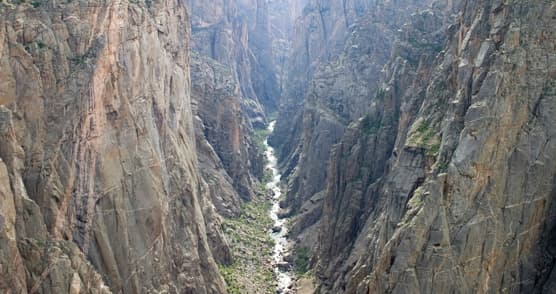 Empathy is born out of the old biblical injunction 'Love thy neighbor as thyself.'  - George McGovern

At the onset I declared Footsteps to be a place of exploration and discovery. Together we were going to learn about living an intentional life though personal discovery and group support. I worked to be inclusive and kind. I avoided controversies and subjects that could potentially alienate others. There was enough strife and stress in the world and enough other "good" work to do; I didn't need to add to the discomfort.

Then November 8 happened. I, like, millions of Americans sat in front of my TV waiting to see the coronation of the first female President of the United State of America. The race had been brutal and I, as so many other Americans, was glad it was over. Only one more thing needed to be done and then the new era could begin. But it didn't happen. Instead of turning blue, the map turned a deep red and everyone from CBS anchor Scott Pelley to Comedian Stephen Colbert struggled to do more than sit in stunned silence before millions of people.

The next morning those who supported Hillary were silenced by soul searing grief. The Trump supporters quickly came to understand this was not the "business as usual" after election response and they too became silent as they watched their fellow Americans endeavor to make sense of the vote. As Hillary supporter moved into the anger stage of grief, the charges of racism, misogyny and homophobia filled the media. Instead of leaving behind the rhetoric of the Presidential election campaign, fear joined anger in the damaging speech surrounding us.

Slowly, I started to ask questions. How did we fail to see this train coming down the track?  Was the vote really about prejudice? What next for our deeply divided nation? That is when I realized that I needed to stop talking and listen to the "other side". I made the decision to reach out to folks that I knew were Trump supporters and to listen to any Trump supporter I met in my daily life. So far the action of listening has taken a whole lot of effort to remain silent but it has been revealing and encouraging.

The first person I reached out to was a high school friend. We weren't close in high school and as many people of my generation have done we reconnected on Facebook sharing photos of our grandchildren and household projects. I noticed through our contact on Facebook that she was passionate about fishing and was knowledgeable about the local fishing rules and regulations. I was apprehensive about contacting her because the conflict between Trump and Hillary supporters had played out angrily on my Facebook feed.

My schoolmate responded warmly and took her time to explain that in Florida they are building deep water ports that are destroying Florida’s ocean reefs and in her area fishermen haven't been able to catch snapper for two years. She questioned why we needed to continue to build bigger and deeper ports in order to import more "junk" from China. She said that not only are the reefs and ocean wildlife being threatened but also Florida's water system. She believes Trump understands the true cost of Globalization and will stop it.

The next person I spoke to was once a neighbor who had moved away some years ago. She moved from New York to the Mid-West where she completed a degree and became credentialed to work on medical issues with Vets and the elderly. She then relocated to the South where she remarried and is currently working.  Presently she is making ten dollars an hour. Her husband is unable to work and has been fighting to get disability for the last couple of years and won't get a hearing for another eighteen months. When I asked her why she voted for Trump she, too, took the time to answer my question without hostility. They are barely making it and Trump was speaking to her situation. Trump wants to address the lack of jobs and not allow people who shouldn't be in this country particularly criminals to take resources that could be used to help citizens of the United States.

Both these women have real challenges that have nothing to do with prejudice. I cannot see into their hearts but I do know when I asked and listened I learned of problems I didn't know existed. Prejudice is real but for these women, I don't believe prejudiced caused them to vote for Trump. They are struggling to keep a roof over their head and to protect the people and life they love. They believe that Trump was the only one listening to them and speaking for them.

This is the beginning of my exploration into why the chasm is so great in our Country. I am going to continue to ask and listen. I encourage you to do the same. We must figure out how to solve the problems and challenges that have created the Great Divide.