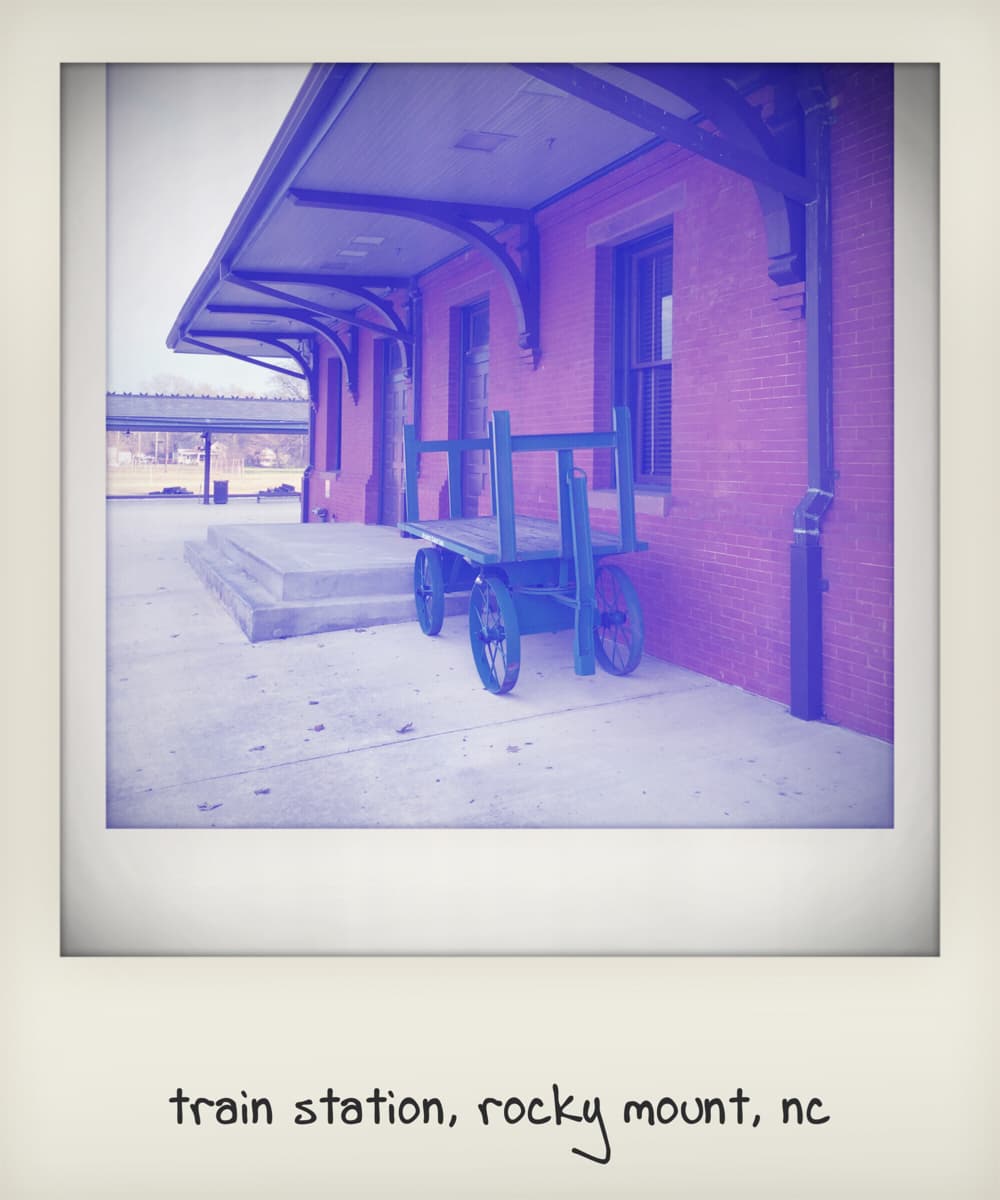 As with most things in life, traveling alone has its pros and cons. I have come upon people and places on this journey that caused me to wish Marty were with me to share the moment. Conversely, alone I am able to do what I want, when I want and that freedom is what led me to stop at Rocky Mount, NC for the night. Rocky Mount is at exit 138A at US 64 on the I-95 corridor between Roanoke Rapids and Lumberton. I've driven under the large, green and white sign on I-95 that points the way to Rocky Mount multiple times and this time I gave in to my urge to stop.

In my mind, the name conjures up visions of Mayberry, Andy Griffith, Opie and Aunt Bee. Mayberry was the fictional town in the 1960s TV show, Andy Griffith, which was actually based on the North Carolina town Pilot Mountain. So as you can see, there is no reason for me to believe that Rocky Mount is similar to Mayberry but I refuse to allow a fact to get in the way of my belief.

As I approach the Rocky Mount I-95 exit I see a billboard that declares, Rocky Mount: The place you stay on your way to someplace else. My first thought was, "Oh honey". That is what my daughter says lovingly when someone, particularly a family member, shows a blatant lack of self-esteem or has gotten his or feelings hurt unnecessarily. She will also give out a hug and then tell you in a very nice way to get over yourself.

I quickly learned Rocky Mount has a clear understanding of its value to the travelers on Interstate 95. Every conceivable moderately priced hotel and chain food restaurant is clustered together waiting to welcome the weary traveler. Comfort is found through the familiar. The kind gentleman behind the desk at the Hampton Inn gave me a list of restaurants in the area and of the 53 on the list only one was local. If traveling is really about the journey and not the destination, then Rocky Mount wants you to know this part of the journey is safe and predictable.

Much to the surprise of the desk clerk, I asked for directions to the town. In keeping with Hampton Inn's policy to be friendly and helpful, he gave it to me but I could tell he wasn't happy about it. He so wanted to say, "How about going over to the IHOP and have breakfast for dinner or better yet, head over to the McDonald's where they have soft serve ice cream?" But I was determined to explore the area before hunkering down for the night.

Since moving to New York, I have become interested in how small towns survive and I wanted to get a feel for Rocky Mount. In 2015 more people were leaving the State of New York than were moving into the state. The only place exempt from this shift is New York City. I've watched as small towns in New York struggle under massive tax burdens with no plans to attract new business or increase population growth. 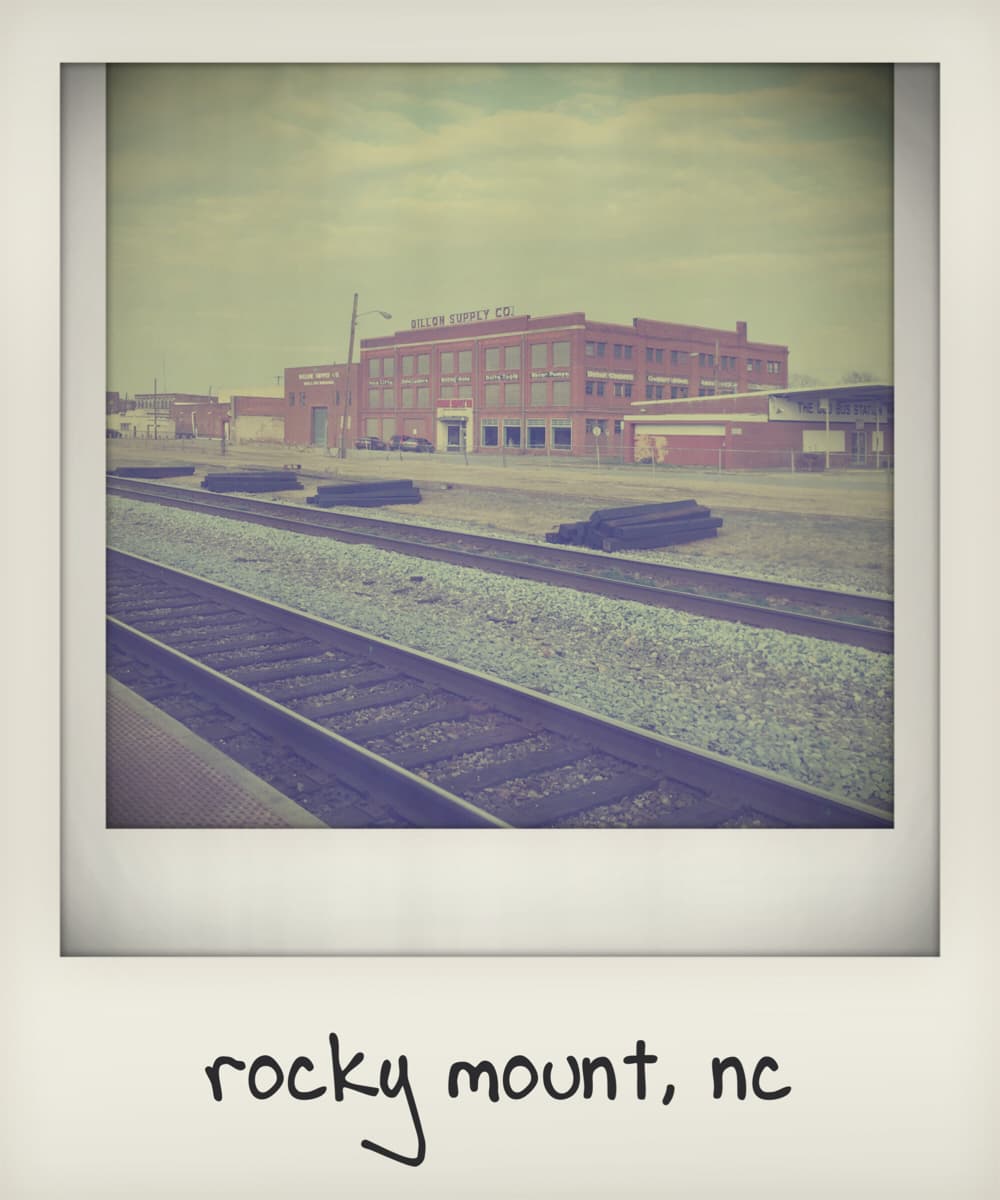 As I drove to Rocky Mount's town center I noticed retired red brick factories that have been converted to other functional spaces. Restaurants, offices and retail shops now inhabit these great old buildings. Next, came the large homes with wrap around porches that are reminiscent of another time. The houses looked a bit worn but at least they are standing. So many neighborhoods like this have been bull dozed to make room for more "modern" buildings.

My favorite place in the whole town was the train station. The building, the loading area and the grounds are immaculate with original pieces of art decorating the public space. Next to the train station is a strip of retail buildings that face hopefully towards the railroad tracks. These refurbished storefronts sit side-by-side like lovely young girls at a spring cotillion. Each store is unique in design and updated to reflect today's taste while honoring the history of the area.

My brief tour of Rocky Mount convinced me that the citizens of RM understand what is of value in their town. I am glad I took the time to visit. I encourage you to stop by Rocky Mount, NC the next time you are traveling I-95 or if there is a place that calls out to you, take the time and stop!