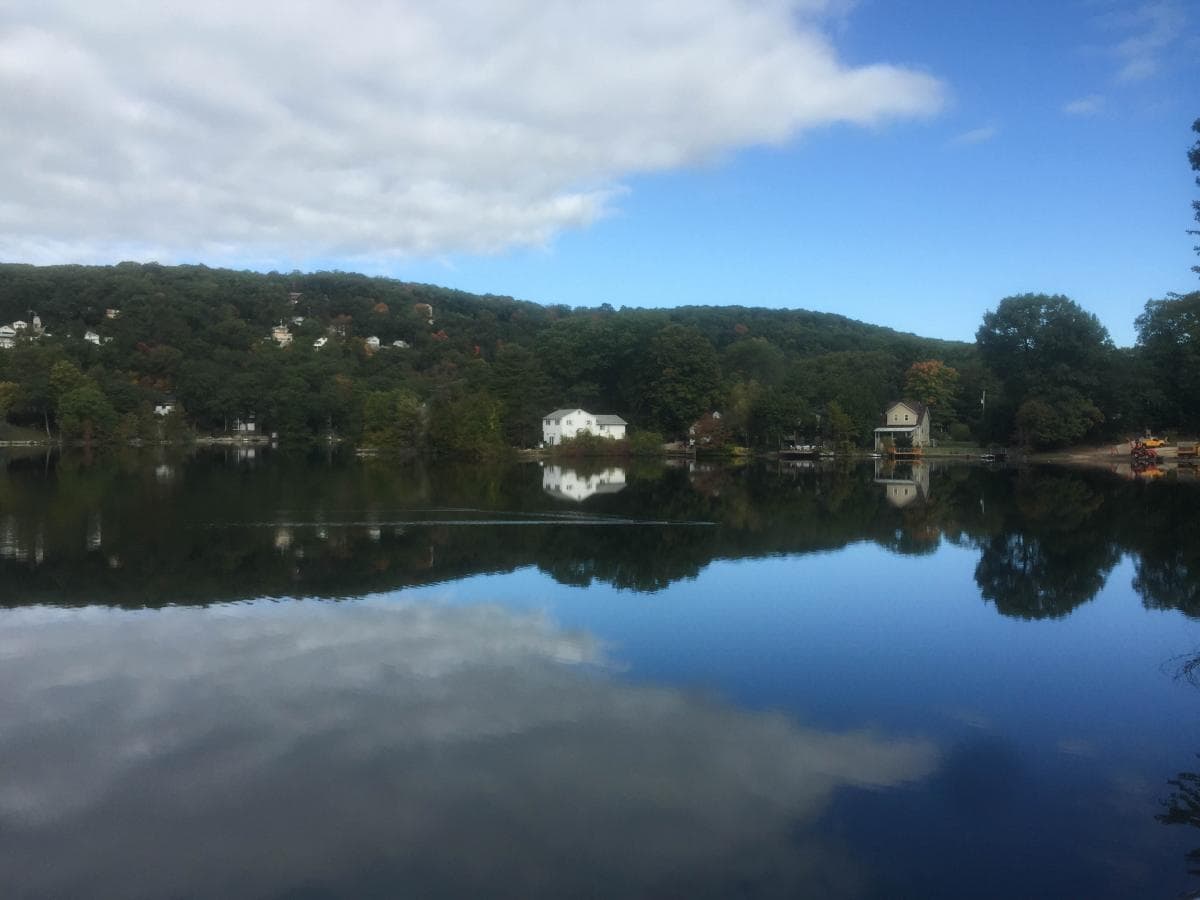 My relationship with Gary the Gardener developed slowly after it became known to me that he was the one digging up and replanting my tulips. Gary would energetically run along the top of our six-foot wooden fence stopping occasionally to eavesdrop on Marty and me as we sat in “our chairs” by the lake. He was particularly interested in our Sunday morning gatherings that included hot drinks and cool conversation.

Gary is not a stealth squirrel, Gary is noisy, brash and at time careless. I remember the day he was jumping through the limbs of the dogwood tree that canopies our patio and fell from the lower limb to the ground. I was alarmed not only because a grey squirrel fell from the heavens to my feet but he also fell equal distance between Dorian and me.

Dorian, named for the doomed character in the Oscar Wilde novel, Dorian Grey, was a lovely, sleek grey cat that was always willing to accompany me as I searched for a warm spot in the sun on chilly fall days. After finding the perfect spot, we would lounge together happy to be alive.

Dorian was startled too when Gary came from nowhere and landed at her feet. She did not move but give me a wry look that said, “Bless his heart, he doesn’t have the brains God gave a, well, a squirrel.  Dorian and her sister, Emily were both New Yorkers but once I moved in they began to use some of my Southern aphorisms.

Gary took only a moment to realize that neither Dorian nor I were going to come after him and that he needed to move immediately in the event one or both of us changed our mind. He did the Fred Flintstone scramble and ran away.

I thought about Dorian’s amused response to Gary’s fall and wondered if she didn’t chase after him because she was getting on in years. After all she was 18 years old.  But honestly I know that wasn’t the reason. Unlike her namesake, Dorian was gentle and laid back. Emily was the huntress in the family and she most definitely would have pinned Gary to the ground, if for no other reason than to teach him a lesson about the hierarchy of squirrels in relationship to cats. But that is a story for another day.

I do believe that day Gary understood that I meant him no harm. We could co-exist and if occasionally we ended up in one another’s space, we would work it out. Little did I know that his personal space was a lot larger than mine and that there would come a day when I would be required to have an open and honest conversation with him about my personal space.