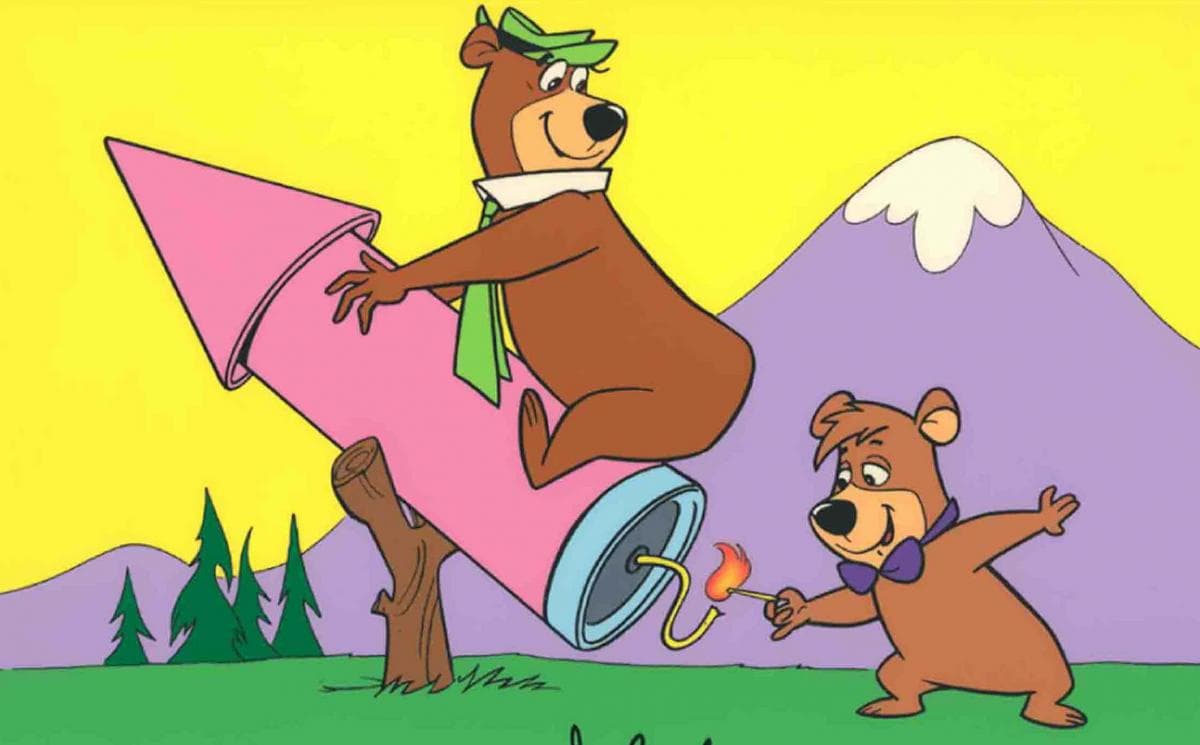 Do you remember the Hannah and Barbera cartoon character, Yogi Bear? Yogi was a meddlesome bear who was always into something that required Ranger Smith's attention. In a moment of exasperation Ranger Smith said to Yogi:

"Come on, Yogi. Would it really be so hard to be a regular bear?
You know, to forage for food, to walk around on all fours...
to hibernate a little, or a lot."

To which Yogi replied:

"If nature had meant for me to be a regular bear...
it wouldn't have given me such a good thought-cooker, sir."

Yogi hibernate, NEVER! I get it. He's a bear that makes things happen and why waste a minute of time resting or being inactive? Carpe Diem baby!

All my life I've been like Yogi but as much as I want to siege the day, this winter I've felt the need to hibernate. I don't think it's so much that winter calls for me to embrace a period of rest and reflection as it's a response to the series of losses and changes in my life. My mother's death and my son's accident are just two life altering events that I refused to let slow me down. This past Christmas though, I said enough. I tossed out my to-do list, put aside the blog, dusted off my reading list and started chopping winter vegetables for soup. I now have lunch with friends. I started a book club. My neighbors come over for good conversation and food and drink on these cold, dark evenings.

The result? I am laughing more and have spent time with some really good people. I tell stories about my Mom and Dad without sadness gripping my heart. But most of all, I feel the stirrings of "what next?". There is an excitement when I think of the months ahead. There's happiness in being a "regular" human.

Growing up, summer in Florida was similar to a period of hibernation. During the brutally hot months of July and August, my parents would take us to Lake Brooklyn for a water vacation. We would swim and water ski until our arms and legs were wobbly. Mom called for rest time after lunch so I would float in the water watching the clouds morph from kittens to trucks to witches with long, hooked noses. In the shade of the porch, I would read biographies of famous Americans one after another until my mother suggested I give another genre a try. This was a period of rest that gave way to action when school started in the fall. As Ralph Ellison wrote, hibernation is a covert preparation of a more overt action.

I'm giving my "thought-cooker" and body a rest. The knowledge that this period of time is brief and will give way to spring soon is ever present. The benefit of slowing down during this leg of the journey is renewed energy.