Social media is the land of one liners and real time critiques. Sometimes it is amusing and clever while at others it's unkind, crude or at the extreme frighteningly malicious. Take the above placard. On the surface it's encouraging to women who are striving for income parity and job opportunity in the workplace. You can almost hear the "Right on Sister" as it pops up on Pinterest or Facebook. But not everyone agreed with the life code extolled in this social media bumper stickers. 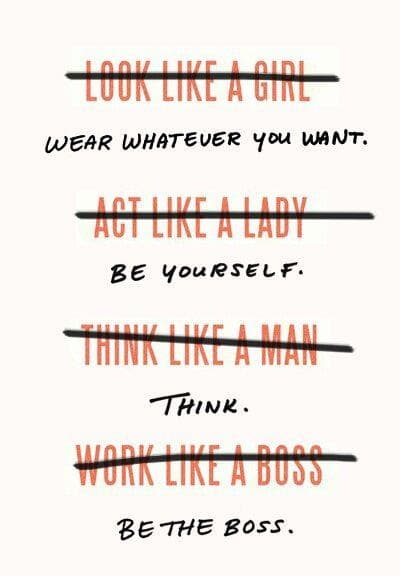 With the use of a simple black marker, the author has managed to throw down a gauntlet of criticism and censure. I'm not trying to be a spoilsport here. I love motivational quotes that uplift and encourage about a wide variety of subject. I even enjoy an occasional snarky one too. But the danger of the bumper sticker wars is that we believe we know the life code of another because of these tag lines.

I could speak in detail to the message behind both these placards. I would tell the woman or man whose passion is starting his or her own business to go for it. It's hard work but rewarding. To the woman or man who wants to work in a corporation, I would say work like a boss. It's hard work but rewarding. It's about knowing yourself and choosing the right situation for you. I would ask questions that would help clarify aspirations and goals. As you can see, it is a little more complicated than the bumper sticker wars indicate.

I bet you've seen the car bumper stickers that read, "My child is an honor student at our local school" and the rebuttal, "My kid can beat up your honor student". I did laugh when I first saw the second one but to be honest, the thought crossed my mind that the kids whose talent is that he can "beat up" the other kids must not be very smart. I am sure the parents who put that bumper sticker on their car never imagined that the result would be that a stranger would think their kids wasn't smart and that they were insecure.

I don't want the discussion today to lead to the death of social media placards. My goals is to remind everyone, myself included, that these amusing zingers are fun but they are only amusing zingers and not a true reflections of another's beliefs and personal code. For that we must intentionally converse and then listen to our friends and colleagues to know what they think, believe and feel. What placards have made you smile, groan or grimace?